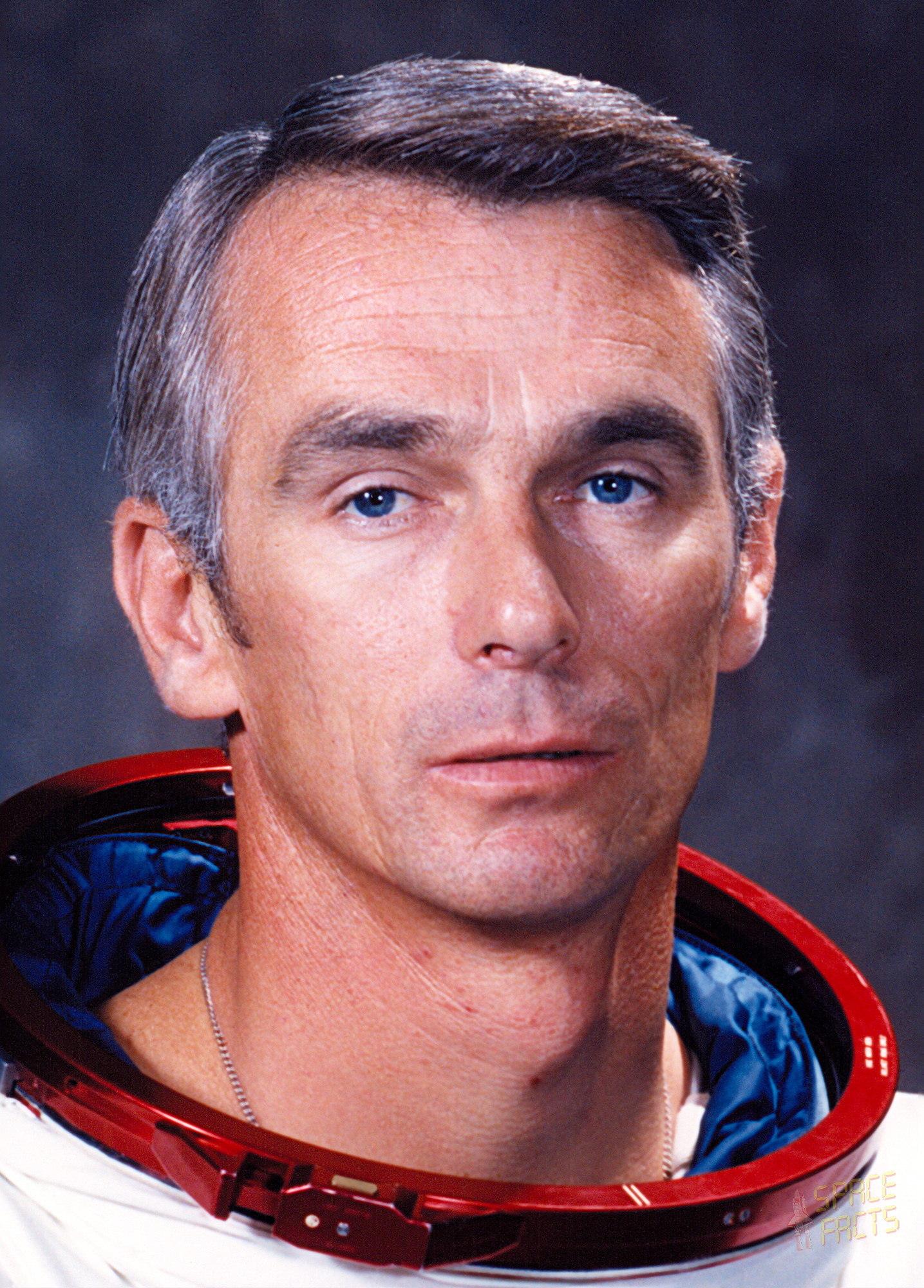 Cernan was one of fourteen astronauts selected by NASA in October, 1963. He occupied the pilot seat alongside of command pilot Tom Stafford on the Gemini IX mission. During this three-day flight which began on June 3, 1966, the spacecraft achieved a circular orbit of 161 statute miles. Cernan logged two hours and ten minutes outside the spacecraft in extravehicular activities.

On his second space flight, he was lunar module pilot of Apollo 10, May 18-26, 1969, the first comprehensive lunar-orbital flight test of an Apollo lunar module. He was accompanied on the 248,000-nautical-mile trip to the Moon by Thomas P. Stafford (spacecraft commander) and John W. Young (command module pilot). In addition to demonstrating that humans could navigate safely and accurately in the Moon's gravitational fields, Apollo 10 photographed and mapped potential landing sites for future missions.

Cernan made his third space flight as spacecraft Commander of Apollo 17, the last manned mission to the Moon in December, 1972. With him on the voyage were Ronald Evans (command module pilot) and Harrison H. (Jack) Schmitt (lunar module pilot. In maneuvering "Challenger" to a landing at Taurus-Littrow, located on the southeast edge of Mare Serenitatis, Cernan and Schmitt activated a base of operations from which they completed three highly successful excursions to nearby craters and the Taurus mountains, making the Moon their home for over three days. Apollo 17 ended with a splashdown in the Pacific Ocean. Captain Cernan logged 566 hours and 15 minutes in space, of which more than 73 hours were spent on the surface of the Moon. 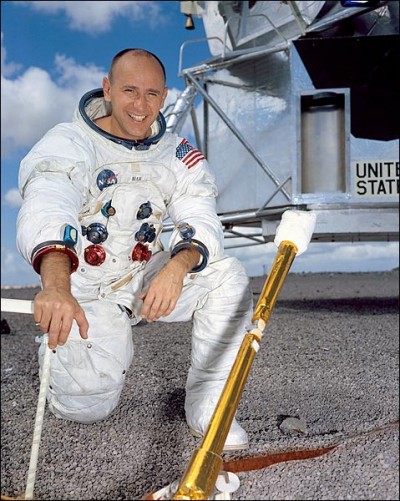 Richard Gordon was accepted as an astronaut in 1963. He flew in space the first time as the Pilot of Gemini XI in Sept 1966, with Pete Conrad as the Command Pilot. Gordon made two space walks, while he and Conrad set an altitude record of 850 miles during the course of the three day mission. He then flew as the Command Module Pilot of Apollo 12, the second lunar landing mission, in November 1969. His crewmates were Commander Pete Conrad and Lunar Module Pilot Alan Bean. Gordon orbited the moon at 60 miles altitude, while Conrad and Bean landed and explored the Ocean of Storms.

He was scheduled to land on the moon himself as the Commander of Apollo 18. However, Apollo 18 was cancelled due to NASA budget cuts. Gordon retired from NASA and the Navy in 1972. 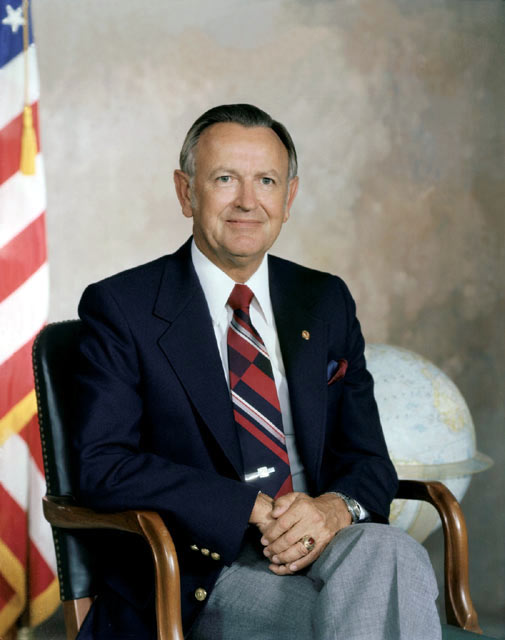 In 1972, he became director of the Manned Spacecraft Center (later Johnson Space Center), holding the position until his retirement from NASA in 1982. More than any other person, Kraft was responsible for shaping the organization and culture of NASA's Mission Control. In 2011, the Mission Control Center building was named after him. When Kraft received the National Space Trophy from the Rotary Club in 1999, the organization described him as "a driving force in the U.S. human space flight program from its beginnings to the Space Shuttle era, a man whose accomplishments have become legendary." 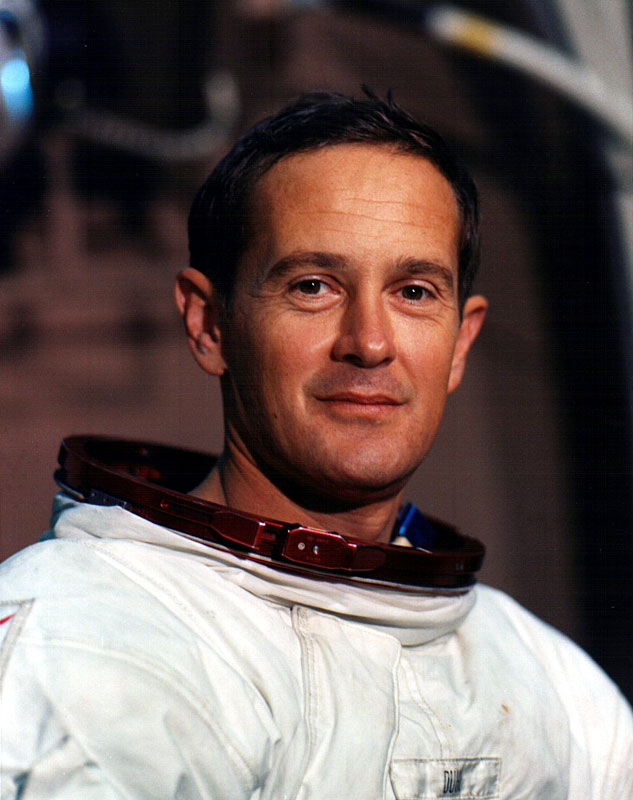 Charles Duke was The Lunar module pilot on Apollo 16, and was on capsule communications duties in NASA's Mission Control when Neil Armstrong and Buzz Aldrin made the first lunar landing in Apollo 11. He is known for his work on 'For All Mankind' (1989), 'The Wonder of It All' (2007) and 'In the Shadow of the Moon' (2007). 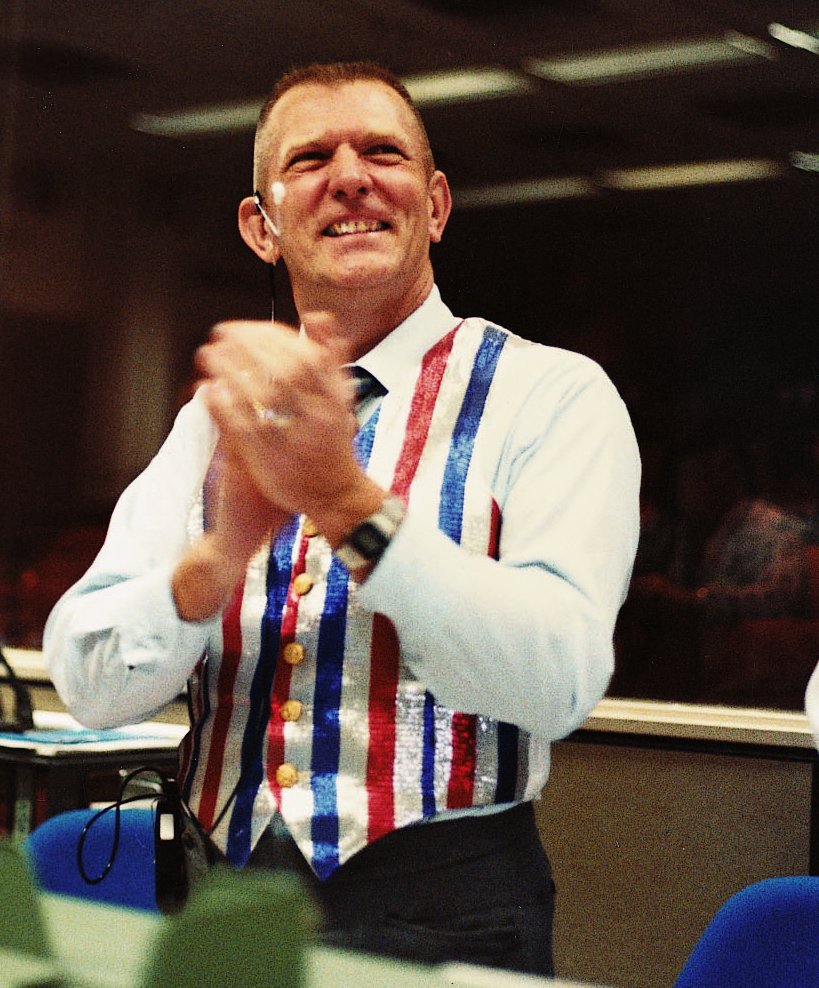 Eugene Francis "Gene" Kranz is a retired NASA Flight Director and manager. Kranz served as a Flight Director, the successor to NASA founding Flight Director Chris Kraft, during the Gemini and Apollo programs, and is best known for his role in directing the successful Mission Control team efforts to save the crew of Apollo 13, which later became the subject story of a major motion picture of the same name. He is also noted for his trademark close-cut flattop hairstyle, and the wearing of dapper white "mission" vests (waistcoats), of different styles and materials made by his wife Marta, during missions for which he acted as Flight Director. Kranz remains a prominent and colorful figure in the history of U.S. manned space exploration, and has been the subject of movies, documentary films, and books and in a 2010 Space Foundation survey, was ranked as the #2 most popular space hero. 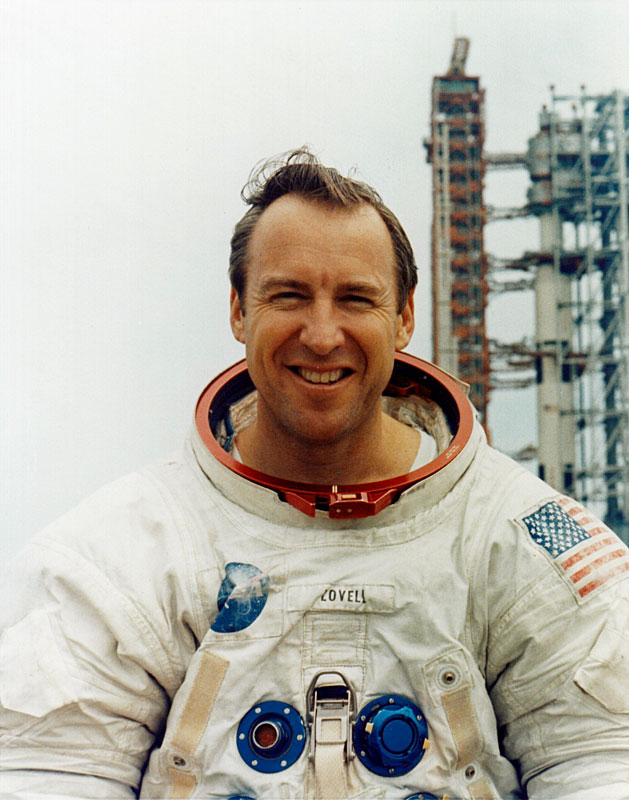 James Arthur "Jim" Lovell, Jr. is a former NASA astronaut and a retired captain in the United States Navy, most famous as the commander of the Apollo 13 mission, which suffered a critical failure en route to the Moon but was brought back safely to Earth by the efforts of the crew and mission control. Lovell was also the command module pilot of Apollo 8, the first Apollo mission to enter lunar orbit. He is one of only 24 people to have flown to the Moon, the first of only three people to fly to the Moon twice, and has flown in space four times.